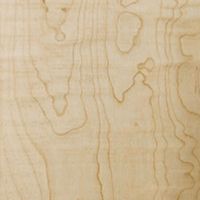 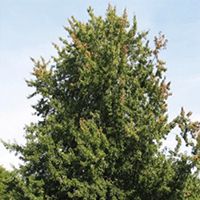 Maples can reach heights of 120 feet, with a diameter of 3 feet. Forest grown trees may have a clear bole of 60 feet. Soft Maple does not refer to any specific species of maple, but rather a broad term to include several species of maple. It’s merely used to differentiate these from Hard Maple.

Soft maple commonly has light brown streaks along the grain. The spots are called, pith flecks and are more of a characteristic to soft rather than hard maple.

The wood turns well, but is harder to work with than other softer woods, and has high nail-holding ability. It stains and polishes well.

Should be moderately priced, slightly less expensive than Hard Maple.